We’ve just launched a little update to Furry Network, improving the Popular feature on the siteas well as fixing a number of bugs. This is one of our ‘wrap-up’ updates adding final polish to the site, before we change gears and start working on policies, promotions, tutorials and commissions. 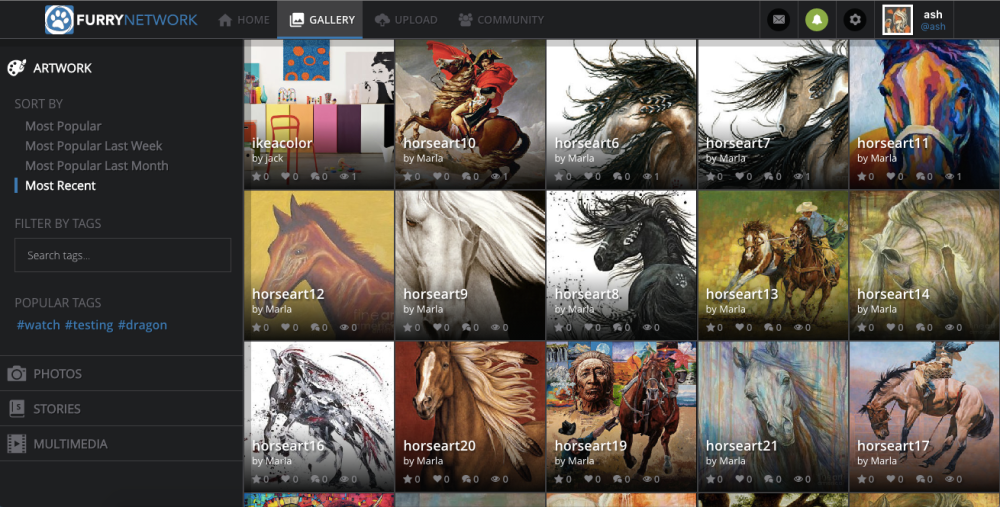 Quite a few users informed us of a strange bug that has been causing people’s profiles to display the wrong contents; this usually came about when you’d view someone’s profile from the following/followers section. This has now been fixed.

We also fixed a ton of other little bugs site-wide; if you’ve been having an issue with something on the site, give it another shot – there’s a good chance it’s working now!

We’ve set up a shiny new Jobs page, and are looking for an outstanding Community Manager to help take Furry Network to the next level. Do you want a full-time, paid job supporting the Furry community and helping it grow and develop? This might be just the thing for you. See our Jobs Page for more information and to apply.

Our Development Team is going to be taking a break to focus on other projects for a bit, while we get the documentation, tutorials and policies side of things brought up to date. As mentioned in our last update, we have quite a few new things ready to go out on the non-technical side of things – and we want to make sure Furry Network is a well-rounded experience.

We’ll also be starting the ball rolling on testingo our on-site Commissions features, and refining them for a gradual production rollout (similar to how we did our initial early Beta, where you had to request a key).

-Varka and the Furry Network team